Rasashastra means the science of conversion of the drugs, irrespective of their nature (herbal, mineral, animal) into rasa form, which can be easily absorbed and assimilated. This article discusses its origin, importance and function.
Ayurveda : Principles of Ayurveda : Rasa Shastra 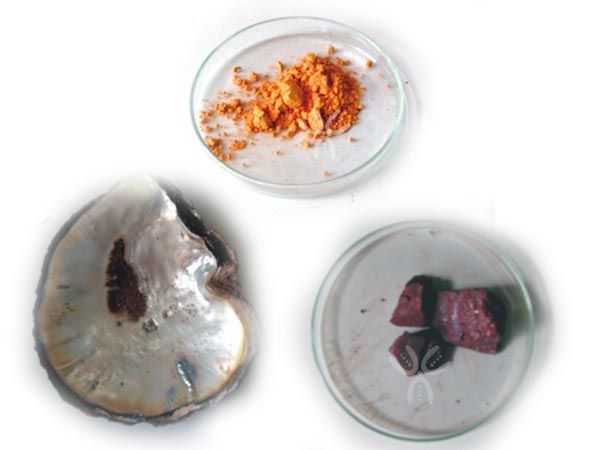 Historically, Rasa Shastra or 'Vedic Chemistry' is an offshoot of Ayurveda that was developed around the period, when Buddha existed, i.e. more than 2500 years ago. Derived from Sanskrit, RASA has several meaning attached to it - "Rasyate aaswadyate iti rasa" which stands for taste, "Rasati shariire aasu prsarati it Rasa" meaning juice, "Rasati aharahargachhati iti Rasa" that stands for the first material formed after digestion or liquids, under the transportation system of the body like plasma, chyle or lymph and "Rasanaat Sarva dhatuunam Rasaityabhdhiiyate" is for material which is capable of lick and digest all metals. Rasa shastra essentially describes the use of metals, gems, minerals and poisons, to produce special formulations, which helps in combating acute conditions or serious diseases.

More aptly, Rasashastra can be described as ayurvedic pharmaceutics, which deals with the drugs of mineral origin, their varieties, characteristics, processing techniques, properties and their therapeutic uses. There are two main categories of Rasa Shastra - Alchemy and Rasayana. While alchemy is involved in turning mercury into gold, Rasayana, on the other hand, helps in the rejuvenation of the mind and body. This science is often referred to as 'alchemy' and the resultant medications are called rasas, which mainly comprise of metallic ashes called bhasmas. These bhasmas, or lighter forms of metals, are contained in organo-metallic compounds that work as carriers (yogavahi). This means they are able to carry the herbs mixed with them faster to the desired site and start the action immediately.

Bhasmas act as catalysts and increase the bioavailability of the herbs to the cell. After performing the desired action, bhasmsas are eliminated through our excretory systems, specifically via mutra and mala (urine and stool). Ayurvedic chemists have evolved various procedures like sublimation, oven treatment, controlled heat incineration, grinding, mixing, churning, and so on, to inculcate the therapeutic properties in the minerals, for which many specific types of yantras (instruments) are designed. When it comes to using any metal, mineral or a natural product directly or as a formulation, the alchemic scientists (Raja Siddhas) state that, barring a few exceptions, everything should be first purified/detoxified (Shodhana) and then must be converted into bhasma (ash). This is achieved by controlled/sustained heat incineration again and again.

Mercury - Its Properties
After classifying mercury as the rasa (after which this branch has been named), the ancient chemists classified the other metals, minerals and gems into dhatu, upadhatu, ratna, upratna, maharasa, uprasa, sadhrana rasa and sudha varga. Conventionally, mercury, when properly prepared, is known not only to balance all the three doshas, but also to impart a soothing effect to the body, give a firm physique, a stable mind and avert diseases and old age. Mercury nurtures the body parts and also enhances the strength of the eyes. It is used as vrisya (aphrodisiac), balya (tonic), snigdha (anointing), rasayana (rejuvenative), vrana sodhana and ropana (wound cleaner and healer), and krimighna (antimicrobial).

Minerals - Their Properties
As herbs have their own Rasa, in the same way, minerals also have their own Rasa. For instance, gold is madhura (sweet) and kasaya (astringent) in rasa, snigdha (oily) and laghu (light) in guna, sita (cold) in virya, and madhura (sweet) in vipak. It acts as an antimicrobial and antipyretic, improving body complexion and controlling the wastes of the body tissue. Talking about silver, it is kasaya (astringent) and amla (sour). Silver is known to give strength to the brain, heart and stomach. Speaking of Lapis lazuli, it produces feelings of well being while expelling all doshas from the body.