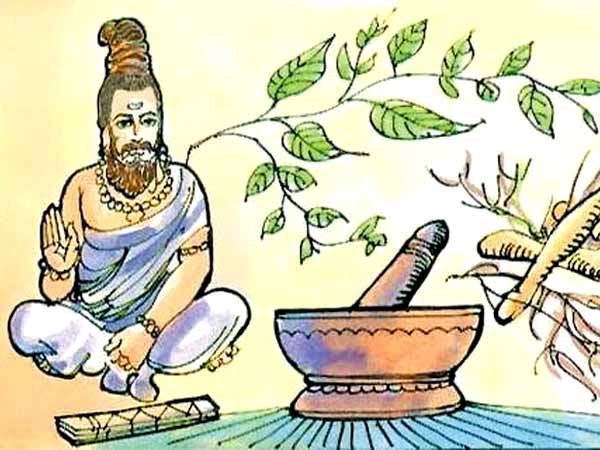 Ayurveda is oldest medical science known to mankind and mainly aims at healthy living and long life unlike other medical science which simply focus on the treatment of ailments and diseases. According to Ayurvedic science, there should be proper balance between the inner constituent elements of the body for a healthy existence. Apart from the rules and regulations of healthy existence, also deals with surgery and several complex ailments. Ayurvedic science is so elaborate and vast that it is divided into eight branches of Ayurveda and each branch is specialized in a particular treatment. One of these branches is the Agada Tantra.

Branch Of Ayurveda
Agada tantra or toxicology is a branch of Ashtang Ayurveda, which includes the science of poisons. The tradition of Agada tantra practice is very ancient. It originated from the school of toxicology, which was founded and run by Kashyapa, also known as Vriddhakashyapa, the great saint and medical practioner. The students of the Kashyapa School of toxicology later became royal vaidyas (doctors) in various kingdoms and were meant to protect the members of the royal families from being poisoned. They were at times also used to administer poison to their king’s enemies. Even now the traditional practice of toxicology is done by different families of Vishavaidyas (poison doctors) who claim to be specialists in toxicology in various parts of Indian subcontinent.

Damstra or Visha chikitsa, as the Aganda Tantra is popularly known, deals with various methods of cleaning the poisons out of the body as well as recommends antidotes for particular poisons. It deals with a wide range of natural toxins originating from wild lives like animals, birds, insects etc., plants including herbs (belladonna, aconite etc.), vegetables, minerals (leads, mercury, arsenal etc.) and artificial poisons prepared from poisonous drugs. This branch also deals with air and water pollution, which are basically the causes of various dangerous epidemics.

There are two types of poisons that have been described in the Agada tantra- the Natural poisons and the Artificial poisons. The natural poisons are classified as inanimate (Sthaavara) and animate (Jangama). Inanimate poisons or the Staavara comprise of poisons that have plant origin and toxic minerals, metals or metal ores that are found inside the earth. Animate poisons or Jangama consist of the venoms of animals like snakes, scorpions, worms, insects etc. Artificial poisons are the invented poisons which are prepared by combining different kinds of animate and inanimate poisons.

Apart from the above mentioned poisons, the three samhitas described about this branch of toxicology, also include the description and disadvantages of food of opposite qualities, drugs and food causing chronic poisoning symptoms. There are also descriptions of certain poisons that are used as medicines after proper processing and quantification, precious stones like diamond, ruby and poisonous minerals like lead and mercury are few of them. This branch of Ayurveda also has information regarding fatal doses of various poisons.