The body constitution is a combination of the three doshas namely vata, pitta and kapha. This article evaluates the role of Prakruti in building up the physical and mental characteristics.
Ayurveda : Prakruti & Vikruti : Prakruti 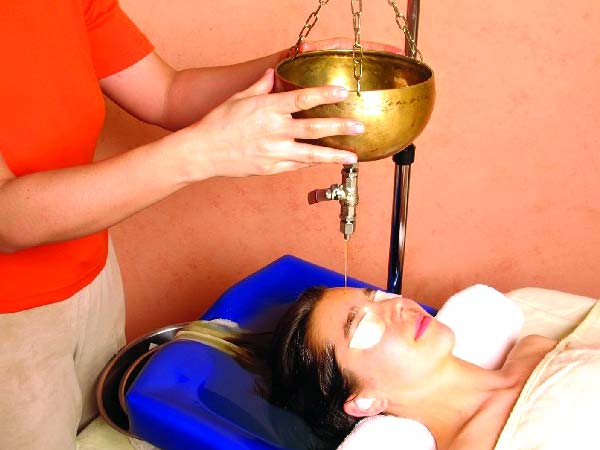 Ayurveda is an ancient medical science yet it is based on so much of scientific logics that it is amazing to see that such an advance medical science existed thousands of years ago in the Indian subcontinent. Unlike other ancient medical sciences, the science of Ayurvedic healing is not simply based on assumptions and probabilities rather based on logical examinations and tests. So much developed was the Ayurvedic science thousands of years back that the Ayurvedic practitioners used to diagnose or determine the prakruti by simply observing the patient and his activities.

The diagnosis before the Ayurvedic treatment was not simply logical but also very elaborate. It was not aimed at simply finding out immediate causative factors of an ailment rather a detailed and root cause of the defect lying inside the patient’s body. For this, an elaborate study of the patient’s character was done and his lifestyle and food habits were observed closely. All this was done in order to find out the basis physical and mental trait of a person so that the disease can be determined as well as the treatment to it can be prescribed in accordance. This basis physical and mental trait was then termed as ‘Prakruti’.

Ayurvedic Body Constitution
According to Ayurveda, Prakruti, which means innate character, physical constitution or disposition of a person, plays an important role in comprehending the physical and mental characteristics. With the changing social and cultural environment our behavioral aspect also gets affected but the most important fact is that our basic constitution remains constant throughout our lives, just as our blood group does not change ever. It is inculcated in the basic body constitution and character of an individual.

Evaluation of Body Constitution
Our constitution or ‘Prakruti’ is a combination of the three doshas namely Vata, Pitta and Kapha. These three are the dynamic forces, which are present in all living beings with the only difference being the degree of interaction of the doshas. Each dosha has a dominant element in them like the main element in Vata is Air, Pitta is Fire and Kapha is Water; similarly we identify ourselves as vata, pitta or kapha and thereby relate ourselves as a composition of the great elements of the universe. Based on the constitution or combination of these doshas, prakruti of every individual can be determined.

The effect of various diseases on an individual depends on the body constitution or ‘Prakruti’ of a person. Also, the Ayurvedic treatments for varied diseases, varied formulations, daily regime, health recipes, etc are also all based on the body constitution of a person. Once the ‘Prakruti’ or basic constitution of a person is determined it is very easy to suggest him any kind of treatment. Even the diet and lifestyle of an individual should be regulated in accordance with his ‘Prakruti’ so that one can avoid all possible causative elements of any kind of ailment and live a healthy long life.