Here are some fundamental concepts of Ayurvedic Science and the basis of its diagnosis process and treatment.
Ayurveda : Ayurveda Concepts 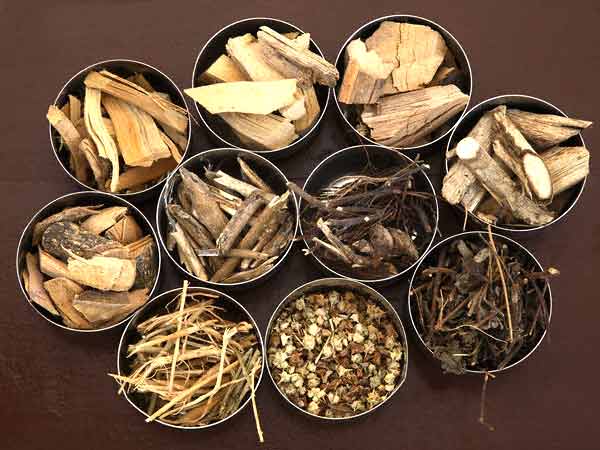 Ayurveda is a vast medicinal science. It is said to have been originated in India about 5000 years back. Unlike other medicinal systems, Ayurveda focuses more on healthy living than treatment of diseases. The main concept of Ayurveda is that it personalizes the healing process. According to Ayurveda, the human body is composed of four basics-the dosha, dhatu, mala and agni. There is immense significance of all these basics of the body in Ayurveda. These are also called the Mool Siddhant or the basic fundamentals of Ayurvedic treatment.

Dosha
The three vital principles of doshas are vata, pitta and kapha, which together regulate and control the catabolic and anabolic metabolism. The main function of the three doshas is to carry the byproduct of digested foods throughout the body, which helps in building up the body tissues. Any malfunction in these doshas causes disease.

Dhatu
Dhatu can be defined, as one, which supports the body. There are seven tissue systems in the body. They are as Rasa, Rakta, Mamsa, Meda, Asthi, Mjja and Shukra which represent the plama, blood, muscle, fat tissue, bone, bone marrow and semen respectively. Dhatus only provide the basic nutrition to the body. And it helps in the growth and structure of mind.

Agni
All kinds of metabolic and digestive activity of the body takes place with the help of the biological fire of the body called Agni. Agni can be termed as the various enzymes present in the elementary canal, liver and the tissue cells.

Diseases
Disease is defined as the state of mind wherein a person experiences discomfort, pain and injury. Fundamentally, a disease is caused by the imbalance of the three doshas - Vata, Pitta and Kapha. However, the diseases are also categorized into those that can be cured and the one that cannot be cured by Ayurvedic treatment. Moreover, the texts of Ayurveda suggest that diseases are also classified according to the underlying cause - whether it is psychological, physiological or an external factor.

Ayurveda Basics
Ayurveda is an ancient medicine system of the Indian subcontinent. The word Ayurveda has been a conjugation of two Sanskrit words ayus, meaning 'life' and veda, meaning 'science', thus ayurveda literally means the 'science of life'. Unlike other traditional medicinal systems, Ayurveda is more focused on simple and logical therapies. It is in fact a set of practical and simple guidelines for long life and good health.

Dhatu
Dhatu are basically the body tissues which are responsible for the functioning of the systems and organs and the structure of the body. Each of the Dhatus is built out of a previous one and they develop on the nourishment that comes from the digestive system.

Doshas
Doshas play a vital role in the basic foundation of Ayurveda. They are responsible for coordinating and directing all the substances and structures of the body. According to Ayurveda there are three vital principles, which regulate and control the biological functions of the body. They are known as Vata, Pitta and Kapha.

Mala
Mala are the substances or waste matter to be thrown out of the body. They are actually by products formed as a result of various physiological activities going on in the body. Purish (stool), Mutra (urine) and Sweda (sweat) are considered as main excretory product of the body. These are also known as Dushya as these tend to be influenced to cause pathology or disease by imbalanced doshas.