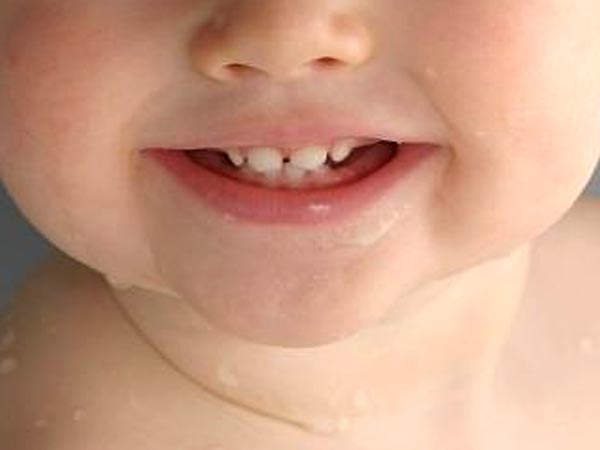 A newly born child is sans several features that develop later on in his process of development throughout his life. The coming of teeth or teething is one such feature that normally starts at around 5-6 months in a child. However, this may vary from kid to kid, as in some kids the process of teething starts very early where as some take a little more time. The rate and order of emerging teeth also varies from baby to baby. Usually, the first tooth that usually starts to pop out is the lower central incisor, which may be as early as 3 months old, and the last teeth to show them selves are usually the second molars, around about 2 years old. All the milk teeth of the late come up by the age of 21/2 years usually.

Teething Problems
Most of the time, teething gives a really difficult time to both babies and parents as for a kid it’s an exceptionally painful process and they get badly irritated throughout the phase. The early symptoms of teething include drooling, swollen red gums and a fair amount of pain. It is a common believe that teething causes illness, like babies suffer from fevers or diarrhea, but according to medical practitioner it is not the case it is more likely that they have caught a bug at the same time.

A teething baby will be more restless than usual, and more prone to nasal congestion and ear infections. They will want to bite on hard objects, drool, and may have trouble sleeping. Sore and inflamed gums, a low-grade temperature, and increased irritability are also signs of teething. Adult teeth, which start to nudge through from the age of six or seven, do not cause anything like the same discomfort.

Teething Remedies
There are some very effective natural remedies prescribed in Ayurveda for the teething pain in kids. One such treatment is using dilute one drop of clove oil in 1-2 tablespoons of safflower oil, dip your clean forefinger in this mix and gently massage the affected area to relieve sore gums. This process if repeated for 2-3 times a day gives a lot of relief from pain. Gently massaging the teeth with one finger is also helpful in relieving the pain. It is also said that providing teether is also helpful in these stages. Give him/her something cold to chew on, such as a plumb, or gel filled teething ring, or a cold washcloth.