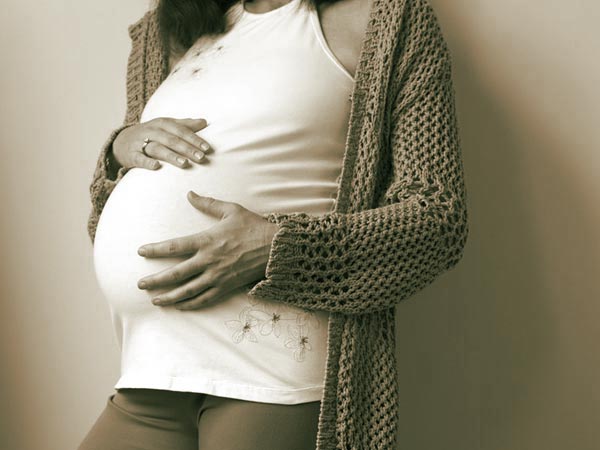 Ayurveda describes the general management of pregnancy under Garbhini Vyakaran. Apart from listing the basic rules for diet, activities, behavior and mental activity (ahar, vihar, achar and vichar respectively), it also discusses the diseases in pregnancy and their treatment and so on. Special care needs to be taken during the time of pregnancy. According to Ayurveda there are four stages of labor - Prajayini (First Stage), Upasthita Prasava (Second Stage), Prajayi Syamana (Third Stage) and Apara Patana (Fourth Stage). From the moment the pregnancy is confirmed, the woman is advised to follow certain rules and guidelines.

The development of the foetus in the uterus is described under Garbhavakranti, and special regimens are prescribed for each month under Garbhini Paricharya. The general rule is to take greater care during the first three months of pregnancy and after the completion of the seventh month. Any disease occurring in a pregnant woman should be treated with drugs that are mild in action, compatible and safe to the foetus. Panchakarma (detoxifying procedures) should not be advocated, except basti (enema) and pichu (tampon) in the eighth and ninth months of pregnancy.

In ayurveda, it is believed that when a woman is in her last stage of pregnancy, one of her feet is considered to be in this world and the other in the world of Yama (the god of death). Until the placenta is delivered, the delivery of the child is not considered complete. According to ayurveda, in case the woman undergoes a surgerical delivery, she is likely to be affected by one or more of the 64 ailments listed in the Garbhini Vyakaran. So, the best bet would be to follow all the strict regimens for not only to deliver healthy, physically strong, radiant and well nourished baby, but also for you to remain healthy.

Garbhopadravas (Common Diseases During Pregnancy)
Ayurveda also describes certain diseases, which are caused because of the pregnant status of the woman. These diseases are peculiar to pregnancy and are called garbhopadravas. They are - nausea, anorexia, vomiting, fever, oedema, anaemia, diarrhoea and retention of urine. Each of the diseases has their specific treatments mentioned elaborately in Ayurveda.