Sadhya and Asadhya are two classifications of diseases. Here are the characteristics of different types of diseases.
Ayurveda : Ayurveda Concepts : Diseases 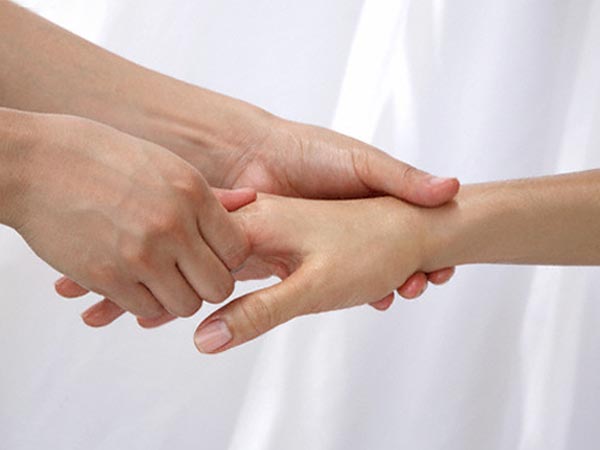 Disease is defined as the state of mind wherein a person experiences discomfort, pain and injury. Fundamentally, a disease is caused by the imbalance of the three doshas - Vata, Pitta and Kapha. However, the diseases are also categorized into those that can be cured and the one that cannot be cured by Ayurvedic treatment. Moreover, the texts of Ayurveda suggest that diseases are also classified according to the underlying cause - whether it is psychological, physiological or an external factor. In this article, we have briefly discussed the various types of diseases, as suggested by Ayurveda.

Nanatmaj:
This disease is caused due to disequilibrium of one particular Dosha. Some of the most common nanatmaj vyadhis are grudhrasi (sciatica), Kamala (jaundice), Medorog (obesity), each being caused due to the vitiation of Vata, Pitta, Kapha Doshas, respectively.

Agantuj:
Agantuj vyadhi occurs, when the patient suffers from a disease that is cause due to the entrance of a foreign body, into the system.

Nijroga:
A person suffers from nijroga vyadhi, when all the three Doshas become imbalanced.

Manas:
A person tends to suffers manas vyadhi, when the Doshas interfere with the functioning of his/her nervous system.

Asadhya:
Asadhya, as the name suggests, is exactly opposite to sadhya. A disease is referred to as asadhya in Ayurveda, if it is incurable. Asadhya is further divided into two categories - Yapya and Anukarma. In yapya, the treatments or remedies applied afford relief to the patient, but within a short span, relapse again. Such type of disease can be controlled only at the time of medication. On the other hand, Anukarma is irredeemable, that is, remedies applied to it, in no way, give relief to the patient.

Janma- Bala:
The congenital diseases are known as janma-bala in Ayurveda.

Sanghata-bala:
If the disease is traumatic, then it is referred to as sanghata-bala in Ayurveda.

Kala - Bala:
The seasonal or time linked diseases are referred to as kala-bala in Ayurveda.

Daiva -Bala:
It is a popular belief that people also suffer from the possession of demons or Gods. Such diseases also find place in Ayurveda. They are known as daiva-bala.

Svabhava -Bala:
Certain diseases occur due to the natural changes in the body of the person. If a patient incurs such a problem, then he/she would be suffering from a disease, known as svabhava- bala in Ayurveda.

Nija:
In the texts of Ayurveda, the endogenous diseases caused due to disorder in Doshas are referred to as nija.

Agantuja:
Injuries may be the prime reasons for the occurrence of diseases. Such diseases, caused by external reasons (injuries in this case) are known as agantuja, in Ayurveda.

Sharirik:
Certain physiological disturbances may be prevalent in a person, if he/she is suffering from a disease. In such a case, the disease would be referred to as sharirik.

Manasik:
Manasik diseases are exactly opposite to sharirik diseases. According to the texts in Ayurveda, a person is said to be suffering from manasik disease, if he/she is affected by psychological disturbances.